A lone arsonist targetted Kyoto Animation, an anime studio in Kyoto, Japan. Authorities believe the death toll to be at least 33 people, with another 36 injured, some critically.  …

END_OF_DOCUMENT_TOKEN_TO_BE_REPLACED

The long national nightmare is finally over. YouTuber Jeremy Hambly and male feminist Matt Loter reached an out-of-court settlement. Hambly accused Loter of punching him in the back of the head during the early morning hours outside a bar in Indianapolis….

END_OF_DOCUMENT_TOKEN_TO_BE_REPLACED 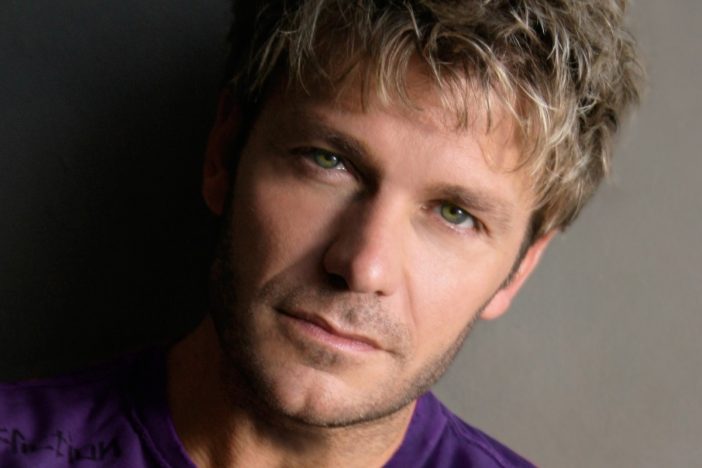 END_OF_DOCUMENT_TOKEN_TO_BE_REPLACED

I’m so, so thankful I have health insurance. I received a statement in the mail from the University of Maryland Medical Center for the surgery to remove part of my large bowel last month.

Because I have health insurance, my out of pocket cost for the whole thing was zero.

Not having health insurance is not an option

The topic of not having health insurance has come up recently in the online Magic: The Gathering community. Wedge, a popular YouTuber, does not have health insurance. He had a serious problem with his back and traveled against doctor’s orders to Grand Prix Las Vegas from upstate New York. The day after he arrived, he woke up not being able to move his legs.

He was taken to the hospital by ambulance and had surgery the following day. Being that he didn’t have health insurance, his sister started a GoFundMe campaign to raise money for his hospital bills. So far they’ve raised nearly $80,000.

Because of people who donated to the GoFundMe campaign, he was able to make a huge dent in his medical costs. 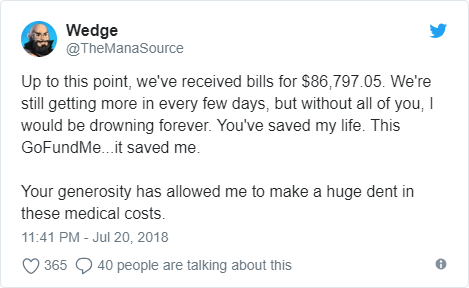 For everyone’s sake, I hope Wedge does whatever he needs to do to get health insurance. First, it’s the law. Secondly, I doubt people will donate to a GoFundMe campaign the next time he has something majorly wrong with his health. Then again, maybe they will. It’s really hard to say for certain. If there’s anything people online can be counted on to do, it’s doing the unexpected.

My wife is my hero

If I wasn’t on Sheri’s health insurance, if she didn’t work for a company that provided subsidized health insurance, I’d have to jettison my dream of driving strangers in my car and get a job doing something I hated even more than driving strangers in my car. I could still do e-commerce integration jobs on the side. I could also still sell WordPress plugins on my business website. The nice thing about that stream of revenue is it’s all automatic. I created the plugins a while back and people can buy them and then download them without any action taken by me. It’s all automatic. Someone bought one last night when I was sleeping.

Making money while you sleep is the real American dream.

I cannot wait for Thanksgiving this year

I’m looking forward to Thanksgiving this year. I have quite a lot to be thankful for. I’m thankful to be married to the greatest woman in the world. When I first experienced complications from what would be later diagnosed with Crohn’s disease, I’m thankful I was taken by ambulance to Meritus Medical Center where I received world-class care, especially from the nurses on staff. I’m also extremely thankful to have Dr. Tu Bui as my primary doctor. He not only provides excellent care when I see him for an office visit, he visited me in the hospital several times. In fact, he told me I had Crohn’s before any of the experts in gastroenterology made the diagnoses. He’s the best primary care doctor I’ve ever had. Finally, I’m extremely thankful I was able to have Dr. Andrea Bafford perform the surgery that saved my life.

I’m a lucky and thankful man. 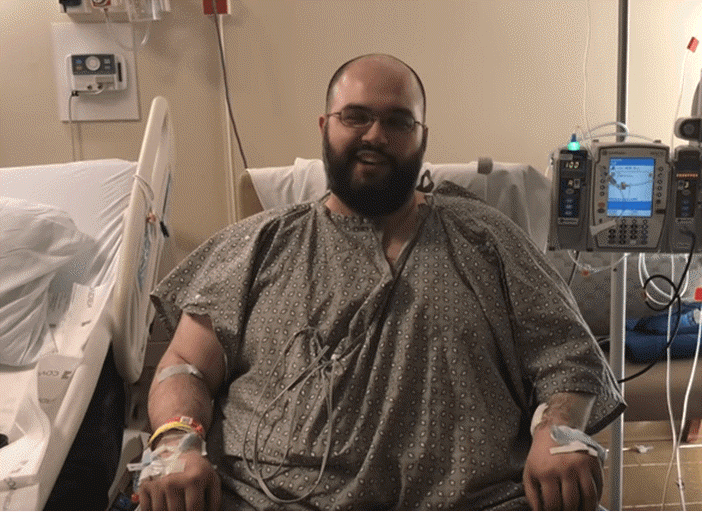 While in Las Vegas for a Magic: The Gathering tournament, Wedge experienced debilitating back pain. The next morning, he awoke to find out he couldn’t move his legs. Someone called an ambulance and doctors performed emergency spine surgery.

The good news is Wedge is going to be alright. The bad news is he doesn’t have health insurance.

Why didn’t Wedge have health insurance?

Life is a series of choices

As I type this, I’m recovering from my own major surgery. As it turned out, if I didn’t have the surgery, I could have died. We didn’t even know that going in. My surgeon discovered it on the operating table. The thing is, I have health insurance. I’ve had health insurance my entire adult life. It’s not cheap, it’s not very affordable. Not only do we pay monthly premiums, we have a large deductible that must first be met before the co-payments kick in. Once a certain threshold is met on the co-payments, everything is paid by the insurance company. Leading up to the surgery, we spent so much out of pocket that we easily reached that threshold.

For example, on March 7 I went and had a colonoscopy. I had to pay $1,018 out of pocket just for walking in the door. Even when you have health insurance, you end up paying a lot of money out of pocket.

Will Wedge now get health insurance?

Who knows if Wedge will now go out and get health insurance like he’s supposed to. I guess it depends on how comfortable he is living on the kindness of strangers. If it was me, I would feel very uncomfortable receiving money from people I didn’t even know. Then again, I would never be in a situation where I didn’t have health insurance. I’d worked a lot of terrible jobs in my life and one of the primary reasons I continued to work at them was for the health insurance.

I not only follow the law, I practice common sense.

How many YouTubers don’t have health insurance?

I wonder how many other popular YouTubers don’t have health insurance. I guess we won’t find out until they start asking their fans to pay their hospital bills. Even then, we won’t really know who has health insurance. You can say you don’t have health insurance and need people to donate money to you. It’s not like you can just call up the hospital and verify the bill. This is all very much a faith-based system. You have to have faith the person raising the money actually needs it for their hospital bills and not something more nefarious.

Before YouTube cuts a check for a YouTuber, they should have to first prove they have health insurance, especially if that YouTuber is making serious money. It would be easy to do. All the YouTuber would need to do is take a photo of the front and the back of their health insurance card and upload it. Uber requires something very similar for proof of a drivers license and insurance. A typical Uber driver makes far less money than a typical YouTuber.

I think it makes YouTube look bad to have their content creators beg for money, money they need because they refused to follow the law. Some YouTubers are critical of how Jimmy Kimmel, Stephen Colbert, Conan O’Brien, and James Corden seem to take up so much bandwidth on YouTube. At least you don’t have to worry about them ever setting up a GoFundMe to pay their hospital bills because they chose not have insurance.