Funko, the maker of collectible vinyl figures with giant heads, is announcing they are raising prices on all 3.75 inch Pop figures, effective November 1. I received an email from online retainer Shumi announcing the price increase.

This is the message I was sent in the email: 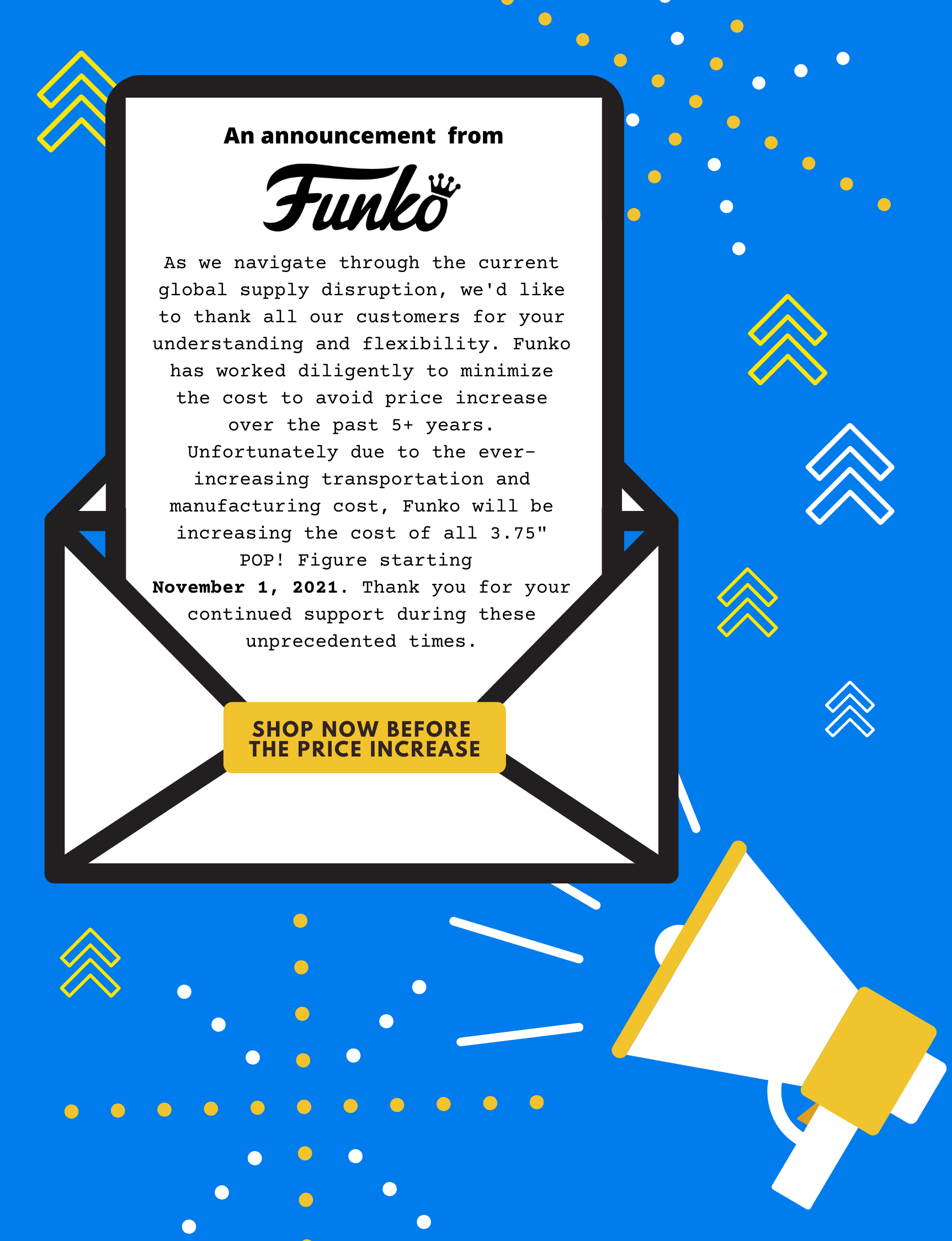 I found the announcement to be kind of confusing. Is Funko raising the cost of figures it charges to retailers like Shumi? If so, why am I reading it? What Funko charges Shumi for its product is none of my business. I don’t buy figures at wholesale, I buy them at the retail level.

What Shumi pays Funko for their product isn’t a factor when determining whether I buy something or not. I pay what I think something is worth for me to possess. What something costs at each step of the production process is immaterial to me. I only care about the final price.

For example, I see a Magic Johnson USA Basketball Funko Pop figure for $8.99 at Target. I have to determine if it’s worth paying $8.99 to own it. That is the decision before me.

If I see that same figure for $10.99 at Target, I go through the same decision making process. Just because I decided it was worth paying $8.99 to own it, it doesn’t mean I will determine it is worth $10.99 for me to own it.

I already go through this same exact process when deciding if I will buy a Funko Pop figure. Target and Walmart change $8.99 while other retailers charge more. Hot Topic charges $12.50 for a basic Pop figure. GameStop charges $11.99 and FYE charges $12.99. I see Pop figures at these retailers all the time that I choose not to buy because of the price point.

It’s not like these silly figures are a necessity. Nobody needs a Funko Pop figure. They’re just something to put on a shelf and collect dust. They are prime examples of pure discretionary spending, or as I call it, stupid spending.

It’s up to retailers to decide what they can charge for Funko Pop figures, not Funko. Retailers have the responsibly to know their customer base and charge as much as they think they can get away without losing sales. Any retailer who thinks they can take this opportunity to raise the price point they have already determined their customers will pay should tread lightly.

I’m from California. I live in Maryland. I love B-52s, science fiction, and rooting against your favorite sports teams.