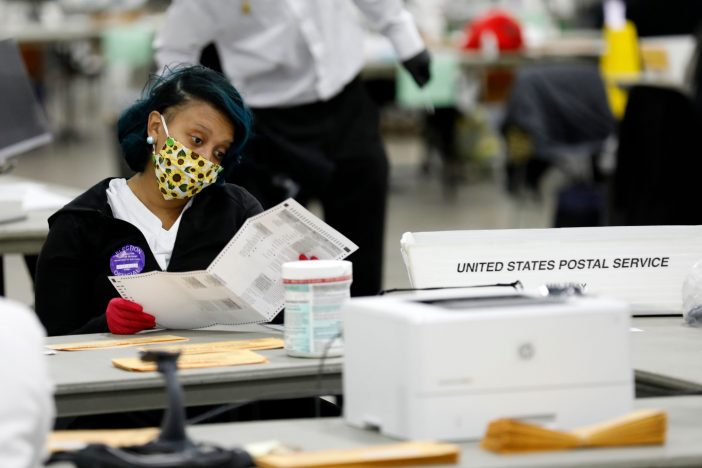 Election Day was Tuesday. Today is Friday. As of this morning, we have not determined who our next president will be.

Absentee ballots take longer to tabulate. That’s because a human being must physically open them. The ballot must be checked for the proper markings. The signature must be verified. A human being must also verify the voter did not vote in person with a provisional ballot.

As of this morning, there are five states counting absentee ballots to determine who will win that state’s electrical votes (shown in parentheses):

That’s not to say the other 45 states have counted all of their absentee ballots. That’s still going on, albeit at a less hectic pace. That’s because the other states have already determined the outcome without relying on absentee votes to determine the winner.

With the five states listed above, the election is close, and absentee ballots will determine the winner.

As you’ve might have guessed, Donald Trump has not reacted positively to the current situation. He contends that since he was leading Tuesday night, he is the winner. He incorrectly claims absentee ballots are illegal. He wants states to stop counting and immediately declare him as the winner.

Trump’s behavior is really quite silly, even for him.

He then held a press conference last night. It was… interesting.

He made a series of unsubstantiated claims of illegality and fraud on states still counting the votes. It’s a sobering thing to hear a President of the United States say. He attacked the very electoral system spelled out in the United States Constitution.

Not the first time in Trump’s presidency, I worried about his mental health.

We, as Americans, need to allow the process to run as it’s intended. Once the votes are counted, we will have a winner. Be a good American. Allow the system to proceed. 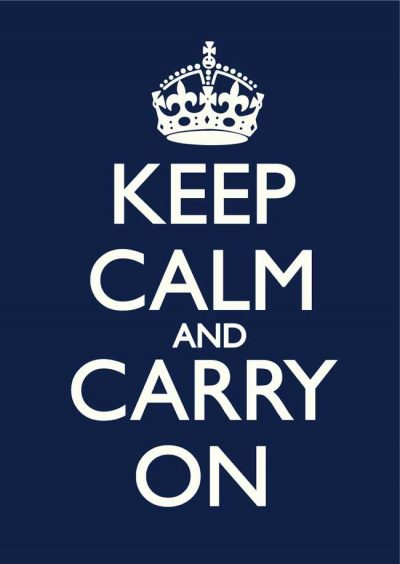 As Jesus Christ once said, “Keep calm and carry on.” Or was it Napoleon Bonaparte who said that? I sometimes get those two mixed up. I know one died for our sins, and the other tried to take over all of Europe.

We will get through this. We always do.